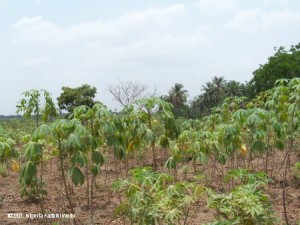 The Baptist Health Service is a leprosarium, which is a facility for people—and sometimes their families—who have, or have had, leprosy. Patients live there and receive treatment. Cured patients who have lost fingers and toes often continue to live there as well, because people in their home towns think the loss of digits means they still have the disease and drive them away. The Health Service allows them to continue living in one of several small villages on its land but is not able to provide income for their living expenses.

Dr. Bob Ellis, a professor at Hardin-Simmons University in Abilene, Texas visited there and was moved by their predicament. Burster Iyere, then-administrator of the nearby Baptist Medical Centre, suggested the idea of a cassava farm to provide an income to the residents. Dr. Ellis shared this idea with his home church in Texas.

The church members responded generously in raising money to start the farm, but fell short of the full amount needed. Mr. Iyere approached NFW about funding the rest, and this was done.

By September 2006 the cassava farm had begun to produce a modest but sustainable source of income for the residents of the Health Service. 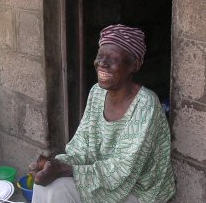