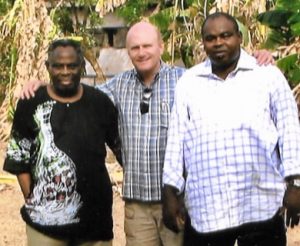 Due to shallow wells that had been unable to penetrate a layer of rock about eighty feet below ground, the seminary’s water supply disappeared each dry season when the water table dropped below the rock. This left everyone on the sprawling compound in student housing, faculty residences, and large primary and secondary schools in dire straits. The seminary had to pay a lot for water to be delivered by a tanker truck, and to minimize that cost had been requiring primary and secondary students who lived off-campus to carry heavy containers of water from their homes. 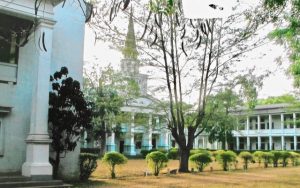 This seminary, founded by missionary C. E. Smith in 1898, is considered the premier such institution in all of Africa today, and draws students from throughout the continent.

In 2006 two deep wells were successfully drilled by Sabatek Ltd. with the use of a rockhammer device that broke through the layer of rock and reached a deep aquifer of plentiful and clean water. The new wells provide enough water for the needs of the large campus, and have been accompanied by improvements in the piping delivery system that was installed by the seminary maintenance staff under the supervision of expert plumber and fellow student Taiwo Wojuola.

Seminary president Dr. Joseph Ilori expressed appreciation to NFW and to all NFW donors who made them possible. He pointed out that soon after the wells were completed the seminary hosted a conference of 800 visiting pastors and said, “We still had plenty of water!”